The Canadian Horticultural Council (CHC) recently welcomed industry and government representatives on a tour of fruit and vegetable farms in Nova Scotia’s beautiful Annapolis Valley. Tour participants visited several greenhouses, a farm market, an apple orchard, a vineyard, and a packing house cooperative. At each location, the group learned directly from the owners and the executives in charge about the kinds of innovative practices that are being implemented in their operations, as well as the types of issues, from food safety, to sustainability, that are essential to their success.

The first stop on the tour was Noggins Corner, a farm market and packing facility in Greenwich that sells all sorts of fresh produce and farm products, from apples to peppers, and from apple cider and maple syrup.

Next, the group visited den Haan Greenhouses in Lawrencetown, which grows vine and beefsteak tomatoes and English cucumbers. The group learned about integrated pest management controls, and noticed the emphasis placed on food safety and the operation’s long adherence to recognized standards, including CanadaGAP.

After lunch, the group received a guided tour of the recently modernized Scotian Gold facility in Coldbrook. Scotian Gold is a cooperative whose roots go back to 1912, and whose predecessor was a founding member of CHC. The cooperative stores, packs and markets over 60% of the apples grown in Atlantic Canada.

The tour bus then made its way to Berwick, where the group visited Sawler Gardens. Participants were impressed by the expertly-levelled ground on which the Sawlers’ crops are grown, and the man-made ponds that provide sustainable irrigation. Inside the facilities, participants marvelled at the custom-made machinery that the Sawlers built and maintain themselves.

At Van Meekeren Farms, in Kentville, tour participants learned about cover crops and new biological control methods that the Van Meekerens are testing, including on Honeycrisp and the new Pazzaz variety, for which they are the only licensee in Canada.

Finally, the tour stopped in at Nova Agri, in Centreville, which farms over 2,500 acres in the Annapolis Valley. The group learned about operation’s many sustainable practices, including how water is recycled from their hydroponic strawberries back into the greenhouse system.

Participants agreed that bus tour was informative, engaging and fun. It was also an excellent opportunity for growers, industry representatives, and government regulators to become better acquainted with one another and to talk about issues impacting Canadian fruit and vegetable production. 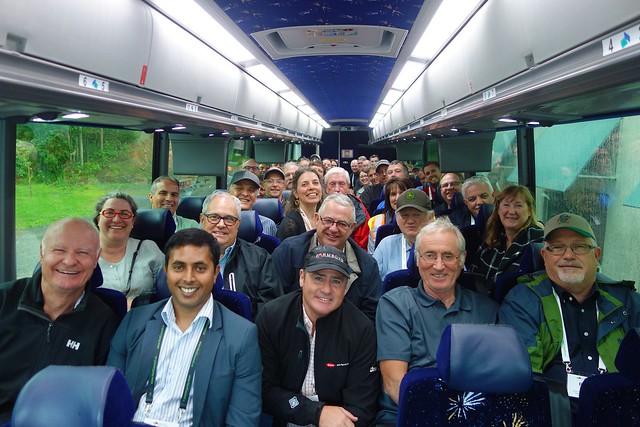 CHC would like to thank its 2017 Summer Tour sponsors for their generosity and support: